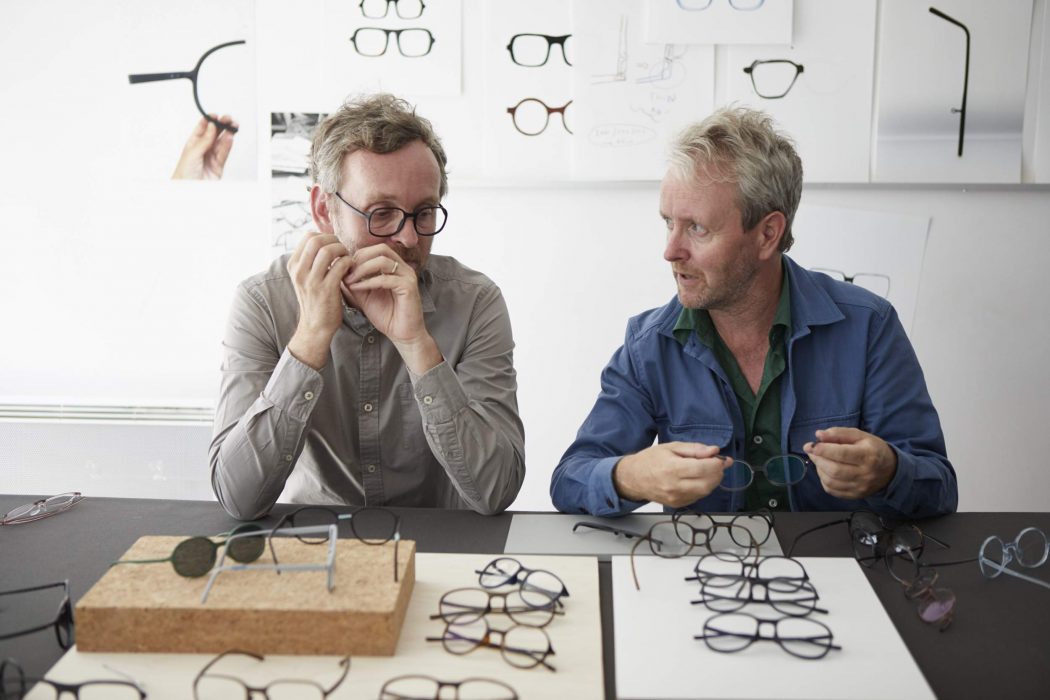 For the 5th installment, JINS collaborated with Ronan & Erwan Bouroullec, who are leading designers of contemporary France. It was the first time for Ronan and Erwan Bouroullec to design eyewear. They believed in the idea that beauty of a person lies in his/her posture and that “eyewear blends into the wearer’s facial expression creating his/her posture”. They wanted a light, minimal design with beautiful colors, and designed eyeglasses that are slim and light with air-like transparency.

The concept of their eyewear is “sugata”, which means shape or expression in Japanese. The eyeglasses blend in with the wearer’s face, suggesting lightness and transparency creating each person’s expression. With an attempt to achieve the minimal form of eyeglasses, the brothers used “TR-90”, a lightweight resin material to make the frames slim and light.

The line-up is composed of 1 shape and 6 colors with a total of 6 varieties, in which everyone can find the best match to suit their style.

The restaurant, designed by Luchetti Krelle in collaboration with Steelman Partners, is named Kiyomi, and can be found in the Jupiters Hotel & Casino. Photography…