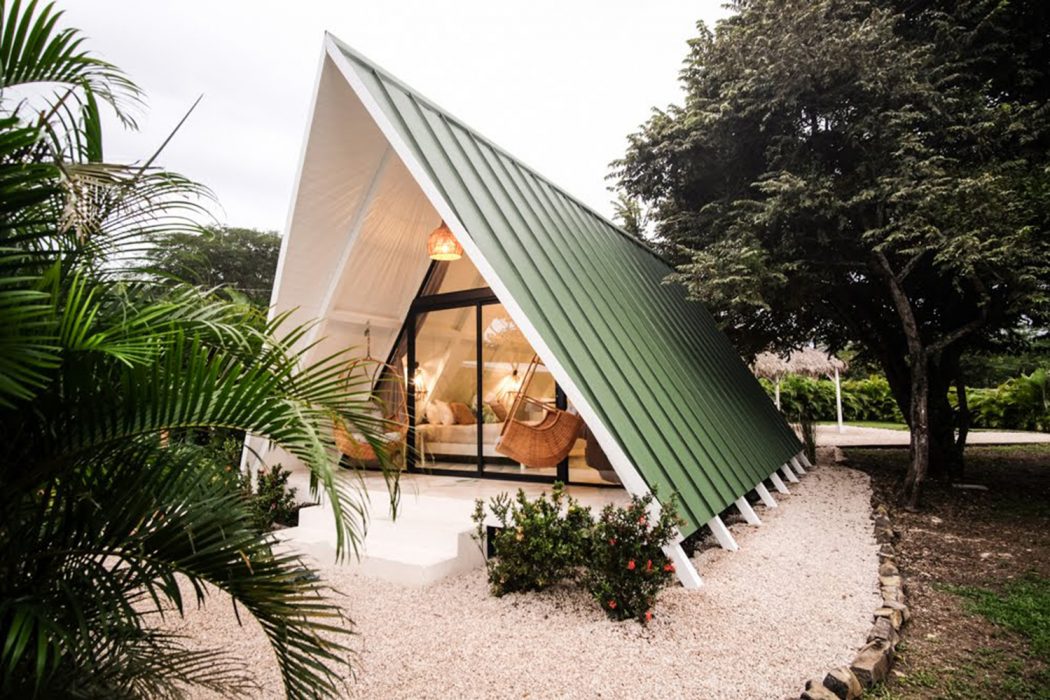 The cabins project is located in Tamarindo, Costa Rica. The concept is based on the dream of the customers to create a “framing“ cabin to generate a different experience for the visitors of the area. These cabins come to complement a project already in operation. A model was developed based on the optimal functioning requirements for the hotel, fitting in an optimal way with the site. The volumetry was designed in such a way as to generate a comfortable distribution despite the steep slope that limits movements internally. By having such an unusual space, the spatial relationship with the final furniture was thought for a better adaptation and a functional use of each square meter. The material logic follows the existing line because it breaks with its forms. The chosen green and white colors complement the range of the other rooms and blend with nature. It was thought to use white to give visual freshness and green notes internally to balance and delimit the different spaces. The entire main facade is deliberately open to offer a complete perspective towards the elaborate garden surrounding the cabins. The booths represent a new way to easily generate new assets for hotel owners with the possibility of creating very exclusive and unique designs.

For almost twenty years, Sarah Lavoine is living between Rue Saint-Honoré and The Tuileries. Her palette of dense colors with a strong identity enhances the…